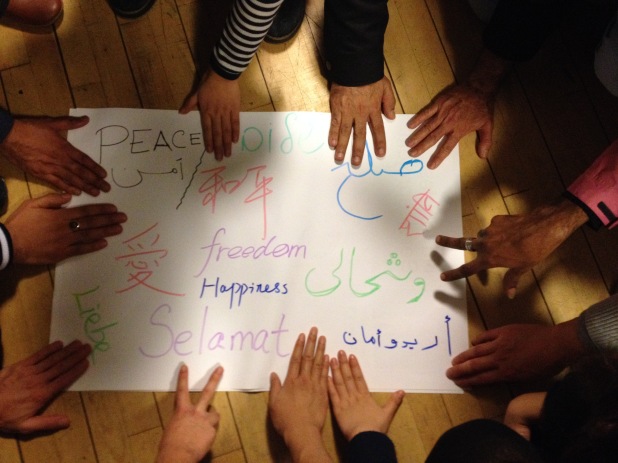 WARNING: The following story will begin with some nasty events, but will end on a brighter note.

In a small town neither too near to nor too far from Göttingen live a Chinese lady, her German husband and their child. I visited the lady once. The town was very quiet. Walking on the streets made us feel so young and naive, since all the people we met seemed to be as old and historic as the town itself. She told me that a few factories there had been closed down due to a lack of labour force. The kindergarten her child attended had irregular opening hours (I did not ask if this had anything to do with the lack of teaching staff). Recently, refugees have been assigned by the government to this town. I thought that the people in the town would be really happy about the new vibe, energy and future brought into this place. I was wrong. She came to me with a list of complaints she and her neighbours had accummulated against the refugees. I asked if they had tried to convey their expectations nicely to the refugees. There was an awkward silence. Then she told me that her child had come home one day with a German song, which she summarized as follows: “Deutschland geht unter wegen ‘herzliches Willkommens.'” I was appalled and wanted to know where her six-year-old child had learned that song. Both the mother and child would not tell me. I tried to search for it online, only to discover this terrible blog: http://petraraab.blogspot.de/2015/07/deutschland-geht-unter.html (What’s wrong with this person?!) and another shocking video: https://www.facebook.com/569638976464964/videos/653138404781687/ (The video has either been removed or is hidden from public viewing, but I watched it once, and let’s just say that too much patriotism always sounds dangerous to me). A few days after the conversation with her, I heard from the radio that Henriette Reker, a pro-refugee politician had been attacked and heavily injured by a radically right wing perpetrator (http://www.zeit.de/politik/deutschland/2015-10/henriette-reker-wahl-koeln). So sad, but glad that Reker did win the election at the end of the day.

In Göttingen, for nearly four months, several other university students and I have volunteered to teach the refugees some elementary German.

One day, I came into my class. An eleven-year-old girl from a refugee country in the Middle East, who had just begun to learn the German alphabets, greeted me with the following sentence, written on the blackboard in her own shaky handwriting: “Herzlich Willkommen in Deutschland.” I bet that this is the sentence she has seen most often after her arrival in Germany. Do you still remember the following video?

I told her that she had written very well, and she gave me one of the brightest smiles I have ever seen. Then I remembered the song learned by the six-year-old child. I did not dare to dash her smile with the fact that people might change their minds pretty quickly.

Another day, during the lesson, I asked my students to introduce themselves in German. One by one, they all voluntarily ended their small speeches with the clause: “Ich liebe Deutschland.”

Still another day, after class, another political refugee came up and shared with me not only his yearning to go back to his home country, but also his eagerness to contribute to the German society while he’s there. He told me that he’s grateful that the German government was open enough to receive him and even invited him to speak about his experience in public.

There were days when Göttingen became rainy. Having been wet from head to toe, some students still came into the classrom with a smile on their faces. I saw them carefully take out their lecture notes from the inner pockets of their wet jackets. They would rather stay wet than ruin the lecture notes! (If I were they, I would definitely use the lecture notes to cover me from the rain ;p)

All these small but touching moments led to the final day of the class. Last Thursday, after a short language test, we had an “Abschlussfeier” at my place. My husband and several friends living in the same flat were also there to celebrate with the refugees. Look, the former have decorated the room beautifully to welcome the latter! 🙂 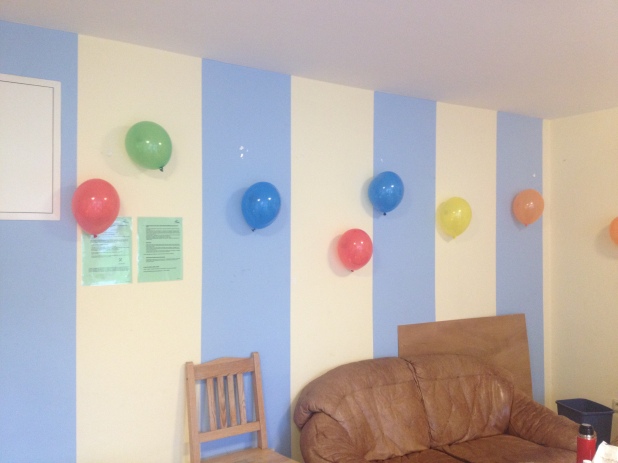 For this special occassion, I baked a delicious Schmandtorte, the recipe of which I had learned from a former German flatmate. However, I completely forgot to take the cake out of the fridge afterwards, since my husband and our friends surprised us with a table full of delicious dishes they had prepared! There were some more dishes on two smaller tables: 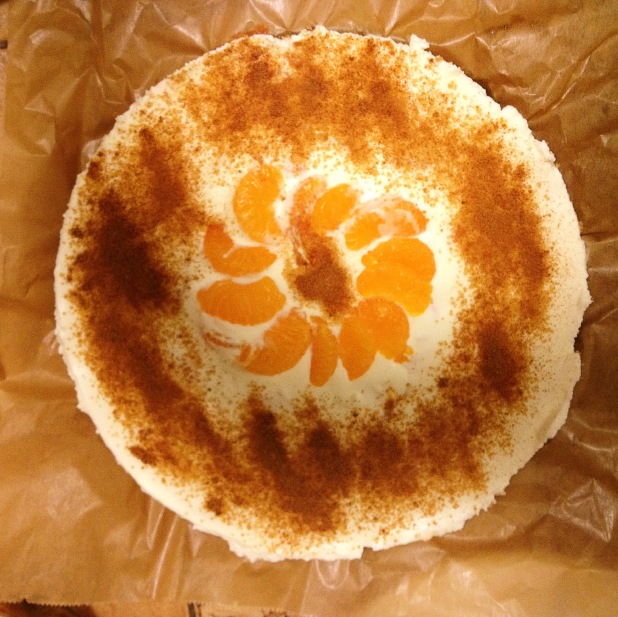 Really grateful for the eye-opening conversation we had at the dinner table. Maybe I taught the refugees some German, but they have taught me mental toughness despite physical circumstances. Regardless of the differences in our external conditions, what binds us together is perhaps our desire for peace, justice and joy in our world. Can you recognize all these words on the paper screaming out “peace,” “love,” “happiness,” and “freedom” in Arabic, Balochi, Chinese, English, Farsi, German, Hebrew, Hindi and Malay?

It is sad to hear that the right and wrong, good and bad, life and death of powerless people or nations are often determined or even toyed by the more politically, economically and militarily powerful groups or nations in the world. My husband and I are confused about the stituations and are really not good at comforting people. The only thing we did do was to share the following biblical passage on the Christmas cards we gave to our guests. The passage has comforted us in bleak moments:

Blessed are the poor in spirit, for theirs is the kingdom of heaven.

Blessed are those who mourn, for they will be comforted.

Blessed are the meek, for they will inherit the earth.

Blessed are those who hunger and thirst for righteousness, for they will be filled.

Blessed are the merciful, for they will be shown mercy.

Blessed are the pure in heart, for they will see God.

Blessed are the peacemakers, for they will be called sons of God.

Blessed are those who are persecuted because of righteousness, for theirs is the kingdom of heaven. (Matt 5:3-10)

May the blessings come soon.

All the news and stories about the refugees I have heard so far remind me of the polarized attitudes (the very good and the very bad) I have received during my stay in Germany. Given my experience, I definitely have more sympathy for the refugees. If I, a foreign guest in Germany, whose German is not as good as the natives, can even help out a tiny bit, how much more many of you can do for the refugees?

Here are some resources that might help integrate the refugees into our society:

One thought on “Germany: Refugees and I” 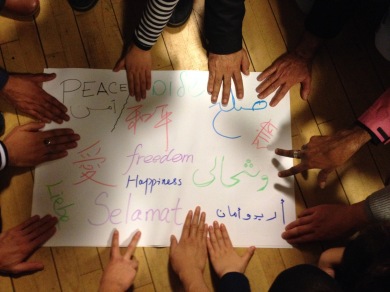 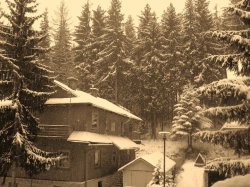 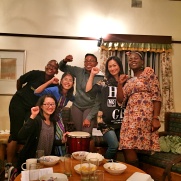 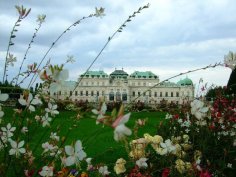 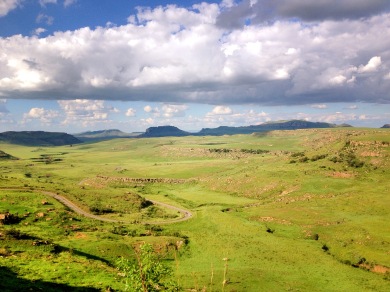 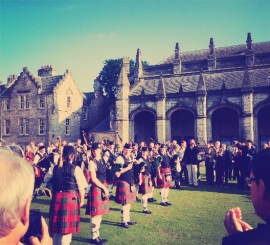 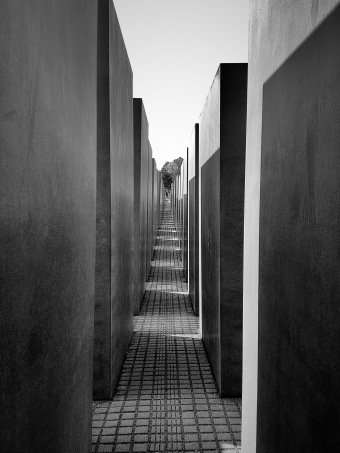 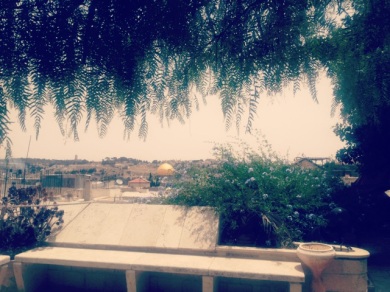 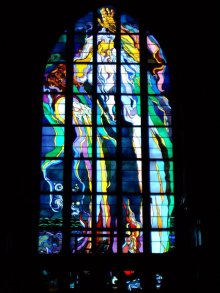