One year has passed since my trip in Egypt (January 2009). I still vividly remember my encounter with this hospitable youth in Luxor. The story I am going to tell is about how I overcame my suspicion and built trust with a stranger.

That morning I was occupied with the visits to the Valley of the Kings and the Funerary Temple of Queen Hatshepsut. Then I took a colorful local boat to the east bank where the magnificent Temples of Luxor and Karnak were located. [Note: For more about my tour in Egypt, feel free to read “An Adventure in the Land of the Pharaohs.”]After the bustling morning, I returned to my hotel. Restless, I decided to explore the Mummification Museum and the Luxor Museum situated in the downtown area. Two Egyptian drivers promised to take me to the Mummification Museum in exchange for a small fee. Happily, I jumped on their pony-drawn cart. And off we went! Well, in the middle of the journey, they informed me that they would change the rate and I had to pay more. Of course, I refused to accept this decision and threatened to jump off the cart. I was so ready to jump off the running cart that they were frightened and decided not to change the rate. Hastily, they dropped me off in the middle of nowhere and told me that the Mummification Museum was nearby. I gave them the amount of money that had been agreed upon. They disappeared in the blink of an eye. 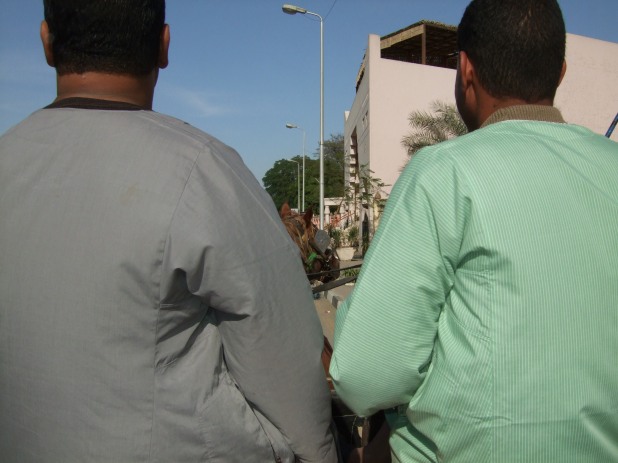 The cart drivers who lied to me… 😦

No tourists or museums were in sight. Filled with anger and fear, I stood in the middle of the unfamiliar square, flipped through my Lonely Planet, and tried to find my way out. The locals passing by stared strangely at me. At that very moment, one young man appeared. Smiling under the bright sun, he tried to introduce me to a nearby hotel owned by “his brother” (I was pretty sure that he earned commissions by recommending tourists to that hotel). Given what I had just been through, it was really a wrong time for him to sell me anything. I angrily refused him and said: “I only want to go to the Mummification Museum.” I must have seemed quite desperate, and he must have taken pity on me, as he did end up leading me through some winding paths to get to the Mummification Museum (I initially thought that he would just point me in the right direction and leave me alone to find my way out).I was so relieved when he finally brought me back onto the main road along the Nile. Even more surprising was that he didn’t ask for baksheesh (a tip) in return (if you’ve been to Egypt, you know how some Egyptians are so into baksheesh). I thanked him briefly and that was when I caught the sight of his dimples when he smiled. Then it dawned on me that he, despite my ostensible anger and suspicion, had been very friendly and helpful along the way. A sudden guilt arose in me. But I decided that it did not matter as I thought that I would not see him again. So I just said goodbye to him (in a nicer tone this time). This was our first goodbye…

At the entrance of the Mummification Museum, the guards told me that the museum was having an afternoon break and would not be open until 4pm. To pass the time, I decided to walk slowly along the Nile to another Museum – the Luxor Museum. To my disappointment, the Luxor Museum was also closed until 4pm. When I turned around, I saw that youth again, standing opposite to me, across the road. “What a coincidence!” I thought and tried to find a public seat near the museum so that I could wait until the Museum opened. The seat was on the main road and there were several tourists around so I thought that it was quite safe. He also chose a seat near me and sat down. Then he attempted to strike a conversation with me. Having nothing to do but to wait for the museum to reopen, I replied to his questions. He looked 17 to 19 to me (even though he claimed to be 23). He spoke in broken English (which I could understand a fair bit). I spoke no Arabic at all. We communicated in English with a lot of hand gestures and facial expressions. Somehow, we could understand each other and it was fun!In the middle of our conversation, he said: “Let’s walk around”. I immediately became alarmed and curious if he would follow the footsteps of some Egyptian tour guides who led me to the shops or the hotels that sell merchandise I did not need or want. “No, I have no money, I don’t buy things,” I told him bluntly. “No money, no buy, just walk. I show you the city,” he waved his hands in denial, earnestly. “I have to wait for the museum to open,” I told him. He promised me that he would bring me back to the museum.  “It is not far,” he said. My curiosity about the part of the city he was going to show me arose (Curiosity can be dangerous but I always fail to suppress my curiosity when I travel). Having struggled in my mind, I finally gave in. Anyway, I had nothing to do at that moment. There was no harm following him. He led me to the area where the locals of Luxor lived. Along the way, I started to see Luxor from a different perspective. On the streets, there were women dressed in traditional clothes holding baggages upon their heads, old men sitting in front of the shops, and little children playing around or running under the sun. The whole streets were made even more lively and crowded by the horses, donkeys, ponies, and chickens with their excrements around the corners of the buildings. When we passed by, the people — whether adults or little children — all waved and smiled warmly at me. They treated me like a friend; that, I guess, was because I was with a local then.The boy invited me to his home. His mom welcomed me warmly by offering me hot tea. Suddenly many little children came running to his home to look at me and to say hello to me. They were all very cute and I took pictures of them. Looking at his home, one could guess that they were not materially rich. The house was a bit too small for him, his mother and other members of the family; the walls around the house seemed to be in need of renovations. However, he still told me proudly that his home was beautiful. When he was telling me this, I could not help but notice that the dimples on his lower cheeks deepened a little bit more. Surrounded by the warm and friendly faces of his family members, I had to agree admirably that indeed his home was beautiful. A home is beautiful when one can find the sense of belonging, familiarity, and cosiness that keep one’s heart warm; and I could feel the warmth at his home. After that, just as he had promised, he brought me back to the Luxor Museum. This time I thanked him sincerely for his hospitality, When I walked into the museum, I thought that it was a pity that I would not see him again. This was our second goodbye … 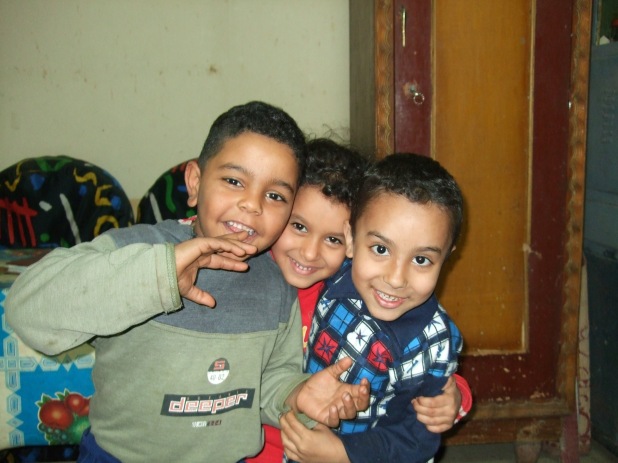 The cute little children at his home

When I came out of the Luxor Museum one or two hours later on, I really could not believe my eyes to see that the boy was standing outside of the museum across the street just like he had been in the afternoon. I was wondering if he needed to work or study. Looking at me, he smiled and waved. I smiled back. He led me to his house again. This time his grandparents were there watching TV. His mother was friendly and warm just like the first time I met her. He showed me photos in his house. Then we went to the local night markets, which were loud and vibrant. On the one hand, the markets gave me a sense of familiarity as they reminded me of the pasar malam in Malaysia. On the other hand, they looked exotic since the people were speaking in a totally different language I could barely understand. He walked through all the streets and alleys as if he knew them all by heart (he probably did). It amazed me, since I did not know all the streets and alleys of the Australian suburb I lived in. I just followed him and we talked to each other on and off. He bought me a chocolate in one stall. Then he bought me a bottle of water in another stall. I did not ask for them. When I insisted on paying him back, he would not let me do so. Well, they did not cost too much for tourists but somehow they weighted so much in my hands. You need to know that, since my arrival in Egypt, most of the people I met always helped me to do something in exchange for money. That boy was the only one who offered me hospitality without asking anything in return. I told him that I had to return to Cairo that night. I had to return to my hotel. He accompanied me to my hotel in a local bus. Riding on the local bus was another new experience for me. This time, I really insisted in paying my bus fare despite his initial refusal. I managed to get him to accept it later on. In front of the hotel, he told me that he would come and see me off to Cairo at the Luxor train station that night. Well, he kept his promise. When I arrived at the train station, he had already been waiting for me. This time, I did not see his dimples or his smile. He just waited with me quietly until my train came. I boarded my train and found my compartment. Through the window of my compartment, I could see him stand motionless on the platform. Hiding behind the curtain, I did not have the courage to let him see me. After all the hospitality and friendship he had shown me, I felt sad that I had to leave my new friend behind. I did not offer him any baksheesh even at the very end (which I had given [sometimes involuntarily] to all the people who had helped and wanted from me in Egypt). I could not have repaid his kindness with all my money. Furthermore, I did not want to taint this friendship with money. Instead, I offered up a little prayer in my heart to God that He would repay the kindness of this kind youth and his mother. Firmly closing the curtain behind me, I whispered my third and last goodbye to this boy…

Now whenever I think of Egypt, I will remember this youth. Then I am reminded of the saying, you become great not by what you have but by what you give. This boy looks like a giant to me. If you ever get to see him next time in Luxor, say hi to him for me. Thanks!

2 thoughts on “Egypt: A Wonderful Encounter in Luxor” 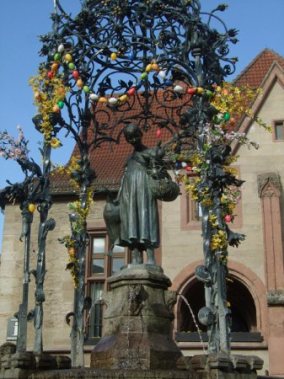 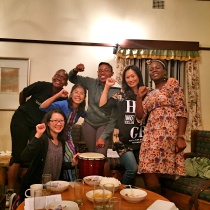 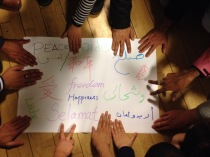 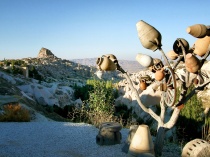 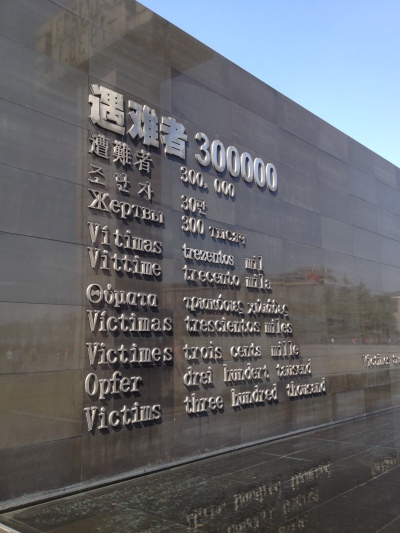 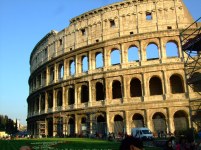 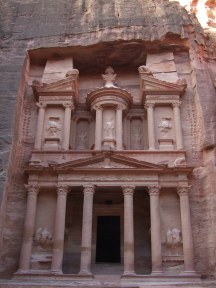 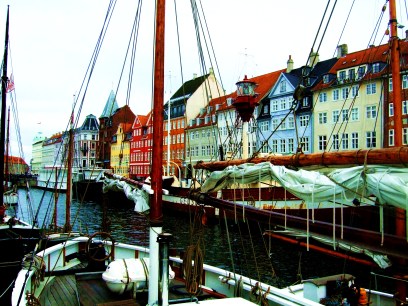 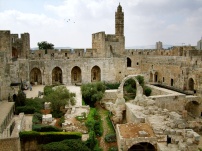 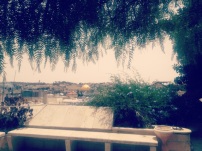 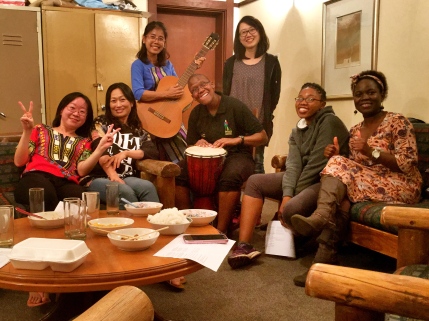 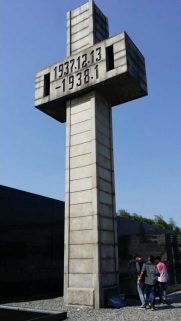 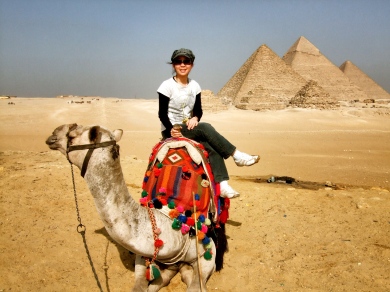 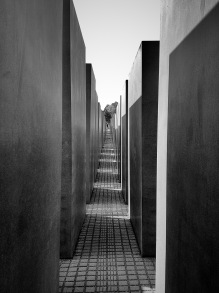 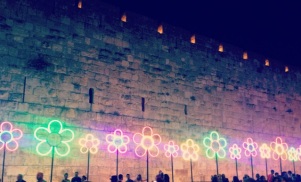 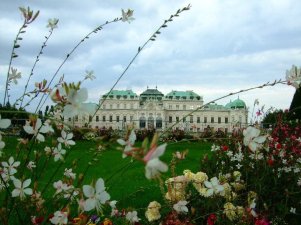 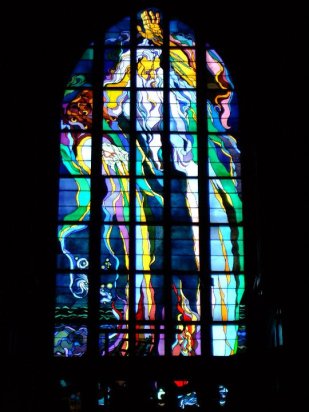 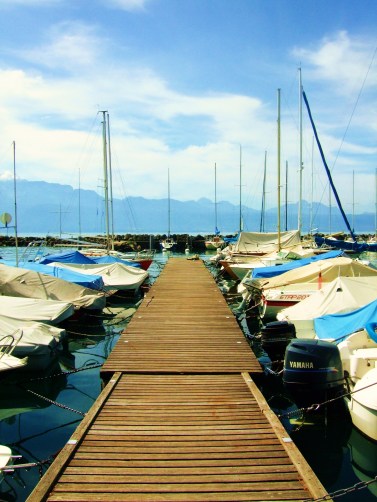 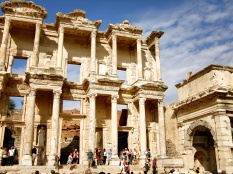 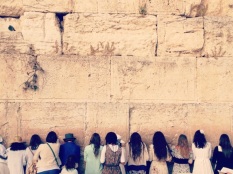